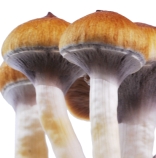 This mushroom from the Amazonian rain forest is big and fleshy with golden brown nipple-shaped caps. Read more » 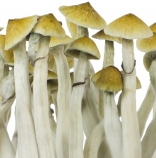 B+ has the potential to produce enormous mushrooms that can easily reach 30 cm or larger. Read more » 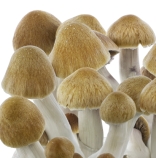 Discovered in the mountains of Ecuador. A very popular variety amongst starting cultivators, easy to cultivate and produces above average sized fruits. Read more » 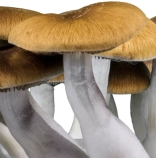 Golden Teacher was named after the admirable golden colour of the caps and its so-called teaching capacities. Read more » 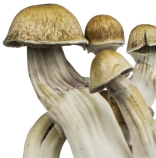 One of the rarer strains, from the Thai island Koh Samui and found by the renowned ethnomycologist John Allen. Produces short fruits with meaty stems that will astound the grower with excellent harvests. Read more » 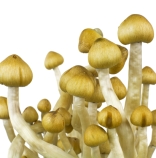 One of the finer varieties from Mexico. This mushroom is shaped unlike any other variety. A unique characteristic is that the caps stay partially closed. Read more »